Thomas plays inline hockey at North Shore Inline Hockey League (NSIHL) and is going into grade 10 at Rockridge Secondary School. He was one of two BC players on the team with Alberta and Manitoba contributing two players each and six players joining from Ontario.

Team Canada competed against eight other teams from Australia, Colombia, Great Britain, New Zealand, Hawaii and three from elsewhere in the United States.  The boys went undefeated in round robin play and made it to the finals by defeating Australia 4-3 in the semifinal.  They won gold by winning in convincing fashion against Team USA Southwest.

There were six other Team Canada squads competing in the other tournament divisions and all six also won gold having gone undefeated in round robin play.

Thomas was excited to be a member of a team representing Canada.  He enjoyed the competition and the camaraderie of playing with a great group of boys from across the country.  Although the boys had not previously played together, coach Meka Trepanier and the Canada Inline President Ben Frank were key in creating a cohesive, successful team.

Thomas is also grateful to Park Shore BMW for their generous sponsorship. 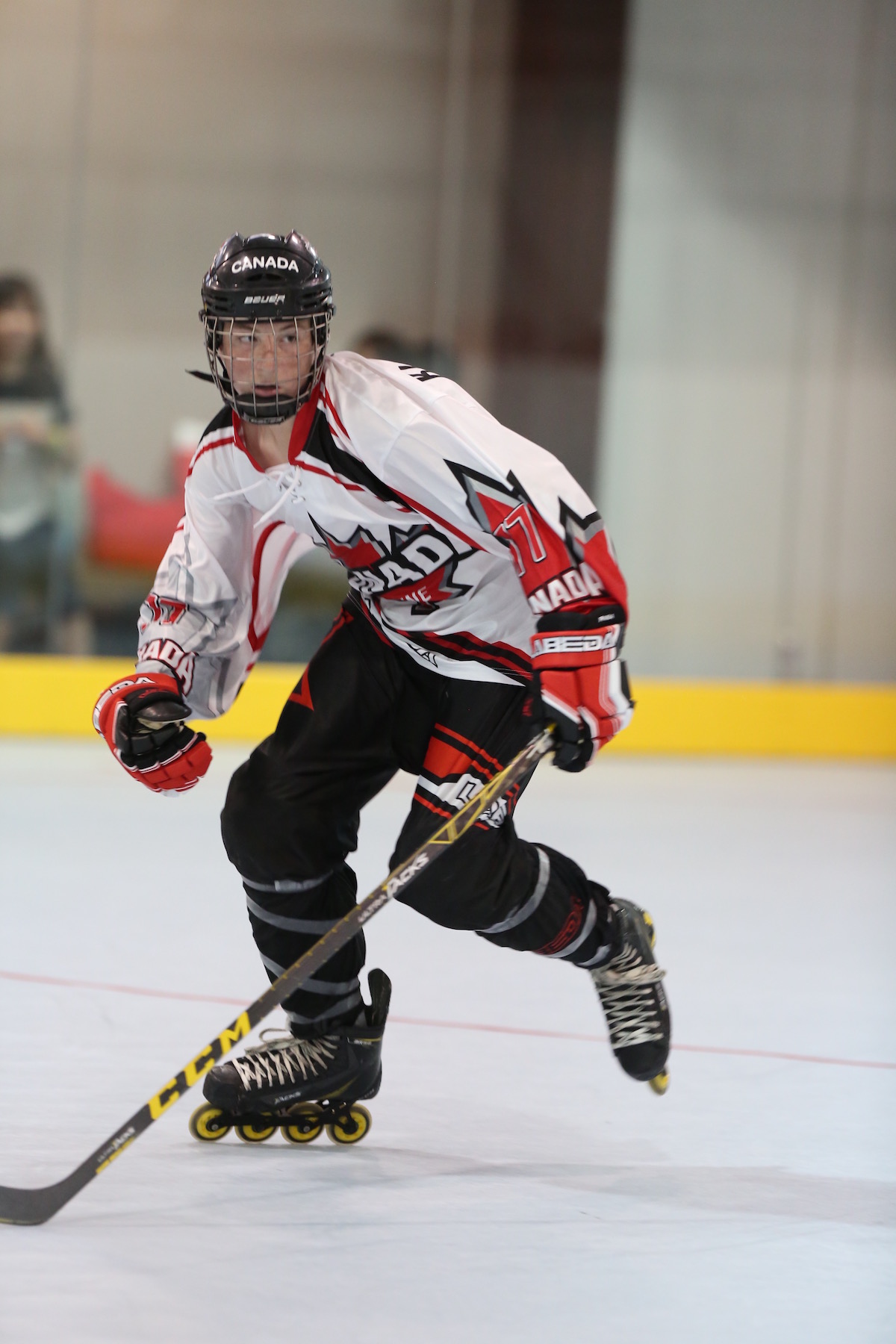 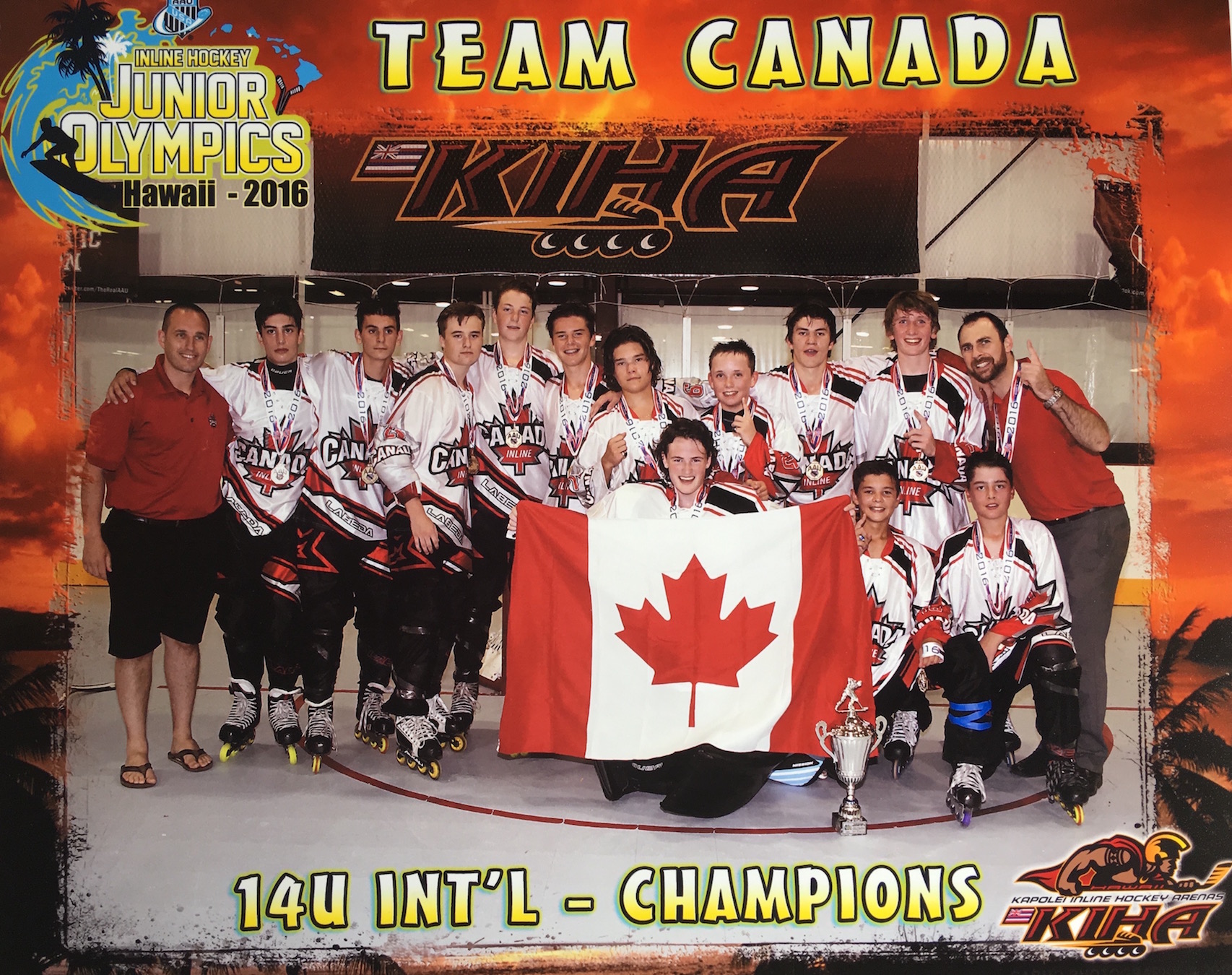