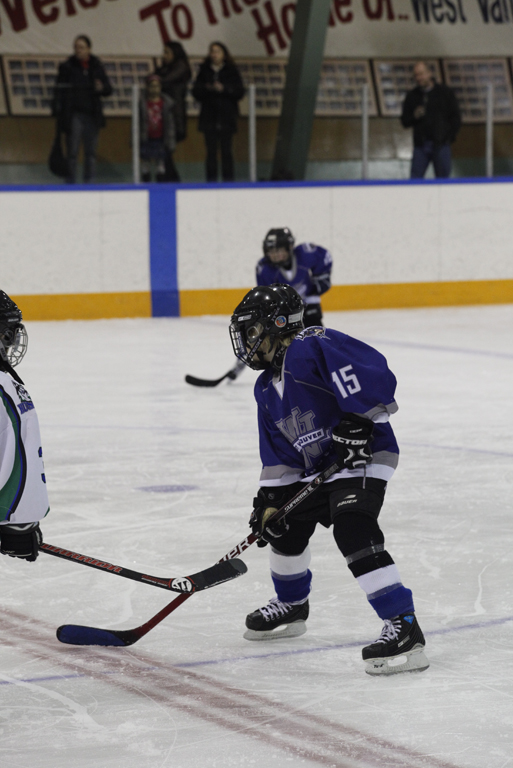 Long Term Player Development meets “a need to better educate parents on the hockey development of their child. It is okay for parents to want their kids to get to the highest levels but they need to know the best way to go about it.”

This model for hockey has been developed based on the following principles:

[1] TECHNICAL SKILLS means the fundamental skills that are required to play the game (e.g. skating, shooting, passing and checking).

[2] INDIVIDUAL TACTIC means Action by one player using one or a combination of technical skills in order to create an advantage or to take away the advantage of an opponent. A tactic may be classified as offensive or defensive (e.g. 1-on-1 offensive fake and driving to the net).

[3] TEAM TACTIC means a collective action of two or more players using technical skills and / or individual tactics in order to create an advantage or take away the advantage of an opponent (e.g. 3 vs.2).

[4] TEAM PLAY SYSTEM means a pattern of play in which the movement of all players is integrated in a coordinated fashion in order to accomplish an offensive or defensive objective (e.g. 2-1-2 forechecking system).

[5] STRATEGY means the selection of team play systems in order to impose upon the opposition, the style of play and tactics which will build on the coach’s, team’s strengths and neutralize those of the opponent while at the same time taking advantage of the opponent’s weaknesses.  For example: when opponent’s defensive players have weak puck handling skills, the strategy might be to shoot the puck in and use a 2-1-2 aggressive forechecking system. 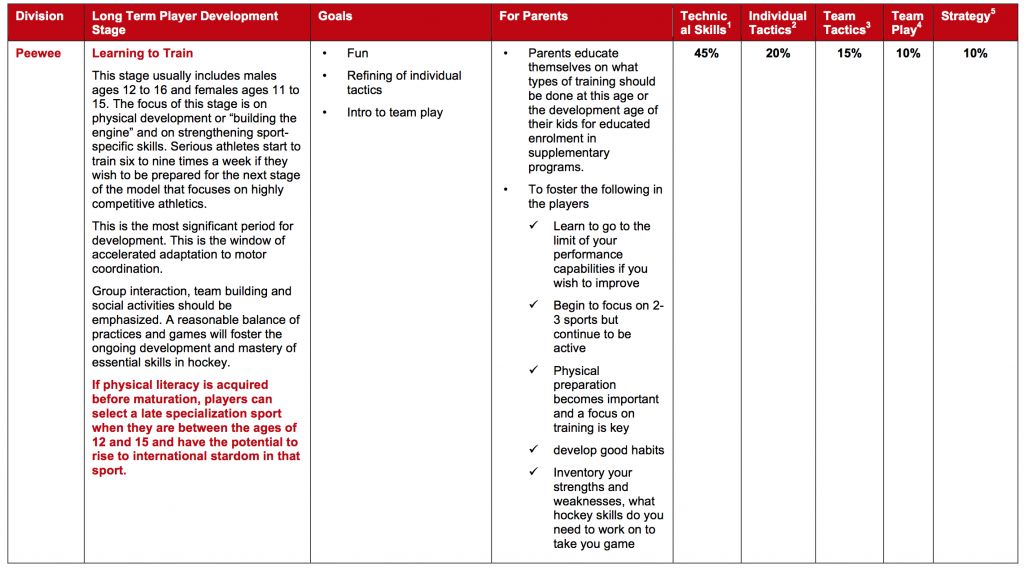 What an MHA needs to do to improve:

The most important aspects of Minor Hockey Association development are:

A Minor Hockey Association’s success from a coaching / player standpoint will be based on 3 main aspects:

By implementing a standardized technical curriculum and methodology for instruction, your association is building a foundation for athletes to enjoy the game of hockey and reach their potential. While it should be the goal of each team to be successful in their league, the player development process should be at the forefront of each team and this development component must not be compromised.