WVMHA alumni, Brandon Pfeil, is playing NCAA hockey with Ivy League school Brown University. The Brown Bears are part of the Division 1 ECAC conference and Division 1 is the highest level of intercollegiate athletics in the United States. Brandon played all of his minor hockey with WVMHA and progressed from Junior B hockey in BC all the way to Brown. Read our interview with Brandon:

Q: How has your hockey experience been at Brown University?

I have had a great hockey experience at Brown. Going to the ECAC final four in Atlantic City was the highlight of my four years.

Q: What about your school experience? Is it difficult to balance the demands of school and athletics at an Ivey League school?

It is definitely a challenge to deal with school and hockey at the same time but everyone on the team helps each other out. Most teachers also help you if you have to miss class for a road trip and give you extra time if you need it.

Q: How old were you when you started playing minor hockey at WVMHA?

I was 7 when I started playing hockey at WVMHA.

Q: After finishing your minor hockey at WVMHA, where did you play and how did you end up at Brown?

After WVMHA I went to play for the Squamish Wolfpack in the PIJHL. I played there for a year and a half and was traded to the Grandview Steelers at the end of my second year in the league. The next year I moved to the Merritt Centennials in the BCHL and played there for 2 years before leaving for Brown.

Q: Was it hard to get noticed as a hockey player coming from a small association like WVMHA?

A: Even though WVMHA is a smaller organization there is still a chance to make it. Playing spring hockey* helps as you get to play against higher level competition.

* Learn more about the Spartans spring hockey program run by our director of hockey.

Q: What are your fondest memories at WVMHA?

I remember the road trips to the island and the States with the team and getting my first bus experiences. Just getting to play hockey with all the kids from around the area is what I miss the most.

Q: Were there any coaches who had a special impact on you as a player and/or as a person?

Todd Hildich was my Atom coach at WVHMA and taught me a lot about the game.

Q: Did you play other sports while growing up?

I played soccer, tennis, and golf when I was younger and played rugby and basketball in highschool.

Q: What do you do over the summer to keep you conditioned for hockey?

In the summer I make sure I work out around 5 times a week and try to go for hill sprints if I can. I also play other sports when I can. Usually play basketball with friends during the day to keep in shape. I usually don’t skate more than once a week at the end of summer, I just try and enjoy my summer by doing different things because the hockey season is so long you do need a break.

Q: Do you have any pre-game rituals?

Before a game I do certain things the same way every time. I tie my right skate first and have certain ways to tape my stick. The biggest thing is not changing anything when I’m playing well to try and keep it going.

Q: Do you have any advice for young kids at WVMHA who hope to play Division 1 NCAA hockey one day?

All you can do is play as much hockey as you can and keep getting better at it. You can’t listen to what other people say about who’s going to make it and who’s not just have fun playing a game and see how far it takes you.

An Interview with Brandon while playing for the Merritt Centennials of the BCJHL: 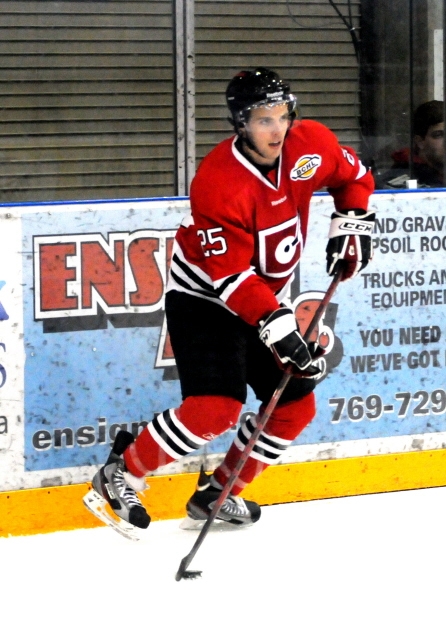 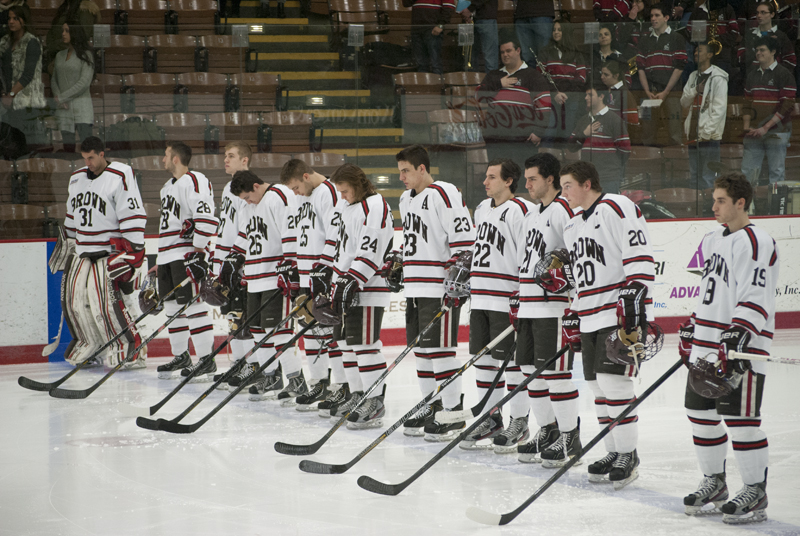