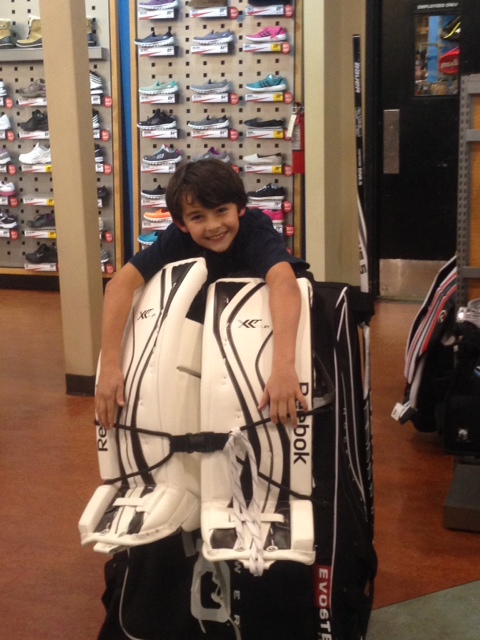 Giving Back to the Community

The Vancouver Canucks inspire our 9 year old to make a difference, just like they did for him!

Declan has played goalie for 2 years. He is passionate about hockey and giving his best. When asked at school to deliver a speech on someone who has made a difference in the world, of course his first pick was Ryan Miller.

He was told Ryan wasn't old enough to have made a difference. That did not stop my son, he countered back with the amazing work Ryan has done with the creation of the Steadfast Foundation that works to provide a positive and supportive environment for kids battling cancer. He spoke about how Ryan has overcome struggles in his career and how is perseveres. His teacher was convinced and let him pick Ryan.

We wrote to the Vancouver Canucks and asked if our son could meet with Ryan to interview him for his school speech. The Canucks were amazing and made it happen. My son was invited to watch a practice and meet Ryan. The morning of the interview my son convinced me he needed to take his gear, just in case the Canucks invited him on the ice.

Ryan Miller took the notes of the interview himself and gave our son his undivided attention. He was the perfect role model, sharing how reading 60 minutes a night can really help a goalie focus. After the hour interview, my son was on cloud nine!!

This excitement was dashed when he returned to the car to find his precious goalie gear gone! We had carefully purchased one piece at a time over a year. When the Canucks and Ryan found out his gear had been stolen, they wanted to help.

Over the weekend hockey families in our community shared their gear so our son could play in his game. The opposing team's goalie even gave us his old chest protector. It was amazing to see our community come together to help my son make his game. Monday morning the Vancouver Canucks called to say they wanted to do more for our son.

Five days later two extraordinary members of the Canucks corporate office took my son shopping at Sport Check in Richmond where their staff outfitted my son in goalie gear from head to toe replacing everything he lost, skates, pads, under armour, chest protector, glove, blocker, neck guard, stick, helmet, dangler even hockey tape!! He had the time of his life!

Thank-you Vancouver Canucks and Ryan Miller for inspiring our son!!! 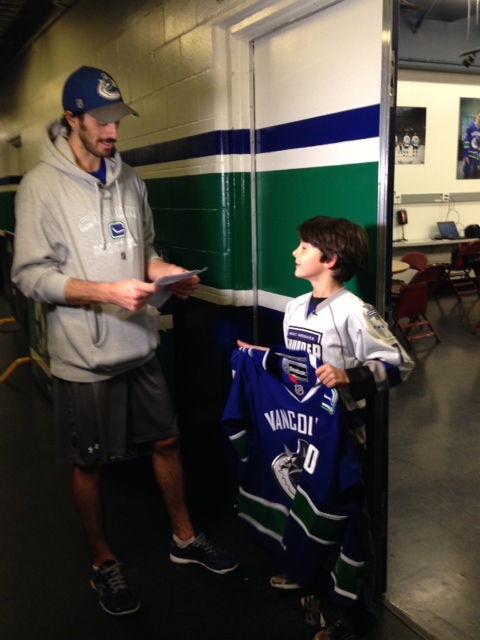