How many times have we said – ‘I wish I had known’?

The following hopefully will be sufficiently useful that after having read it, you won’t have to say that again. 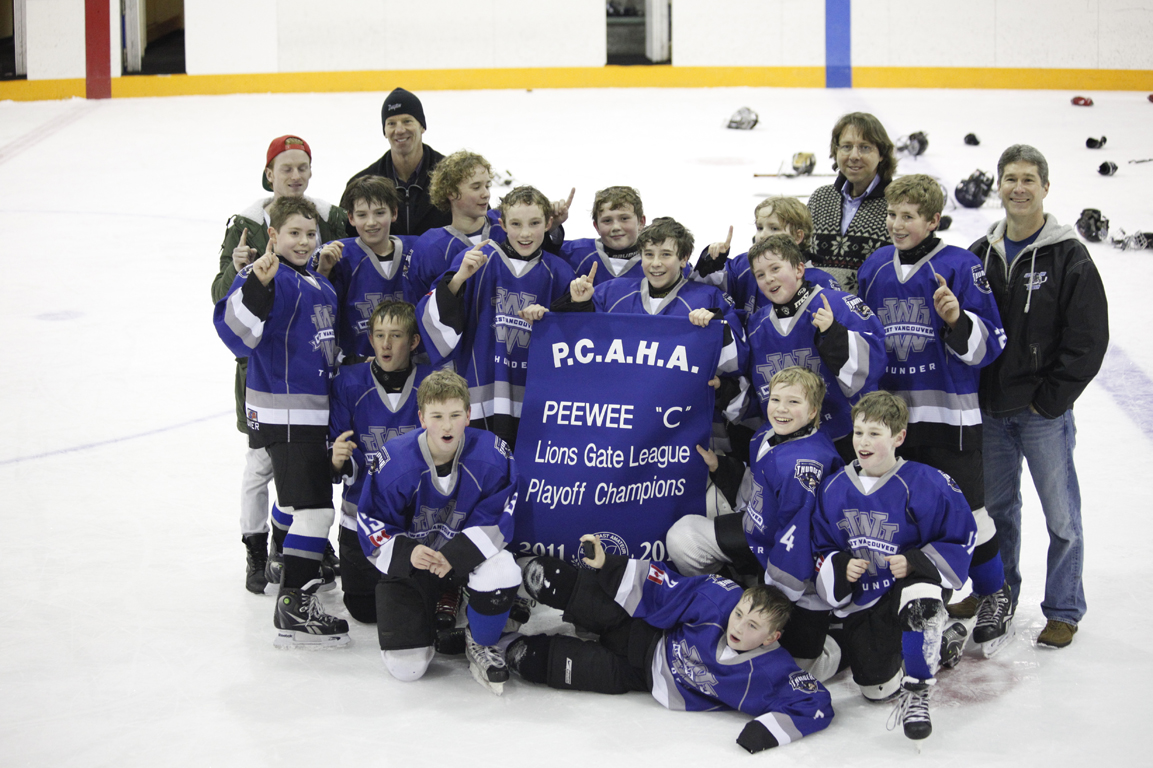 A primer prepared by West Vancouver Minor Hockey and which remains a work in progress. (V3)

Hockey Canada has an excellent handbook available.  Go to the Hockey Canada website:www.hockeycanada.ca and select ‘Minor Hockey’, and then under ‘Other Programs’, see ‘Canadian Development Model’.  It is downloadable as a PDF file.  On the same page there are links to a number of league websites from across Canada. This primer will be upgraded every year until we have covered every issue and laid out every option.

Post-season considerations for all players:

Make sure that whatever program you sign up for is hockey specific. Be proactive in asking the coaches what you can do to improve – don’t just wait for them to say something to you. Some of the programs are age customized to be age specific so listen to the experts – they usually know more then the player or the parent.

You must eat well in order for your body to be able to handle the demands of competitive hockey.  Therefore the sooner you make it a habit rather than a chore; the easier it will be for you to compete.

Mental toughness is just as important as physical toughness.  If you are going to get upset every time a coach treats you in a manner that you consider unfair or you allow a bad call by the ref to upset your game, you won’t last long in competitive hockey. Visualization is a very powerful tool so you might want to consider reading a book such as ‘Hockey Tough’ by Dr. Saul Miller.  (See the resource section). Daily visualizations should be part of your training regime.

The ‘showcase’ has been operating for the past sixteen years in Burnaby and for the last few years Las Vegas. It allows Junior hockey players and minor hockey players to exhibit their abilities to scouts from teams in the B.C Hockey League as well as scouts from all of the various Junior Hockey leagues throughout Canada and the United States. In addition, parents can receive vital information on possible hockey developmental opportunities. Global has an educational advisor on staff who assists players and parents by answering questions about educational and eligibility requirements for N.C.A.A. Hockey.

Attending Global will also get you on the ‘invite’ list to Junior team tryouts.

There are a lot of coaches and scouts at Global so don’t be pushy with them.  A ‘pain in the backside parent’ is a barrier to the success of their child!!

Junior Hockey in BC:

Playing Junior hockey requires a tough and determined mental approach as teams are run as a business and are therefore not like minor hockey associations.  Winning is major factor to team spectator attendance numbers which depend upon win/loss stats.  Most of the coaches are fair and treat players well.  Others are perhaps not what you have been used to in minor hockey.  Remember, unlike Minor Hockey where you are a member of the Association and have a say in what goes on, when you are on a Junior team, you are just a team commodity for them to release, trade, sell or sit.

To be successful, you have to make hockey your job and your passion.  You will be expected to work out regularly, eat well, accept the team designated curfew time and work hard every time you are on the ice – regardless of whether you think that the coach is being fair.

There are 3 Junior B leagues and 1 Junior A league.

There is 1 Junior A league; www.bchl.bc.ca

Teams have from 1 – 3 camps; Prospect, Rookie and Main.  Prospect camps are usually ‘open camps’ with a very wide spectrum of skills attending.  Many teams run the prospect camps as a fundraiser so don’t be surprised if the caliber of play is not what you expected.  However, until you are a recognized and sought after player, attending them is a necessary step to being invited to main camp.

Before deciding to attend a team camp, it’s probably worth having a look at their prior year rosters to see how many players are likely to be returning so that you can assess what the likelihood of you being signed.  If you are fortunate enough to be signed, the team owns you and they can trade you or release you whenever they want.  That ownership does not end with the end of the season.  It carries on to the following December so that you are not free to tryout anywhere else in BC except in a higher league.  Even then, the team does not have to release you.

When you receive an invitation to attend a tryout, before committing, you need to decide whether even if they offered you a card, would you want to play there.  Was the invite addressed to you personally or was it a blanket mailer?  What have you heard about the coach?

If you want to continue living at home, the number of teams open to you is pretty small. So, if you really want to play Junior hockey, you will likely have to leave home and live with a billet family.  Costs vary from $300- to $400- per month for room and food.  You will still have to address transportation issues.  Most teams are really good at helping you get registered at the local school and making sure that if you are still at school, you keep your grades up.  If you are not at school, they usually will also help you find part time work.

NCAA versus the WHL:

Only a handful of hockey players get to choose which path they pursue.  The reality is that there is only a slim chance of being offered a position in either one of these two categories so the wisdom seems to be – go with whoever wants you the most.  By the time you are actually having to make this level of decision, you will have made plenty of contacts of your own and will be able to get the appropriate advice.  If you decide to pursue an NCAA scholarship, you must ensure that you have not received any payment for your playing the game of hockey.  Even accepting an air ticket to go meet with a team can jeopardize your eligibility for an NCAA scholarship.

Playing in the United States:

Teams in the US are only allowed 2 or 3 import players so unless you have dual citizenship, you would have to demonstrate that you are worth one of the import cards.

If you want to try out for a US team, you must register on with Hockey USA. (www.usahockey.com) The cost is minimal and it covers you with insurance while you are on the ice.